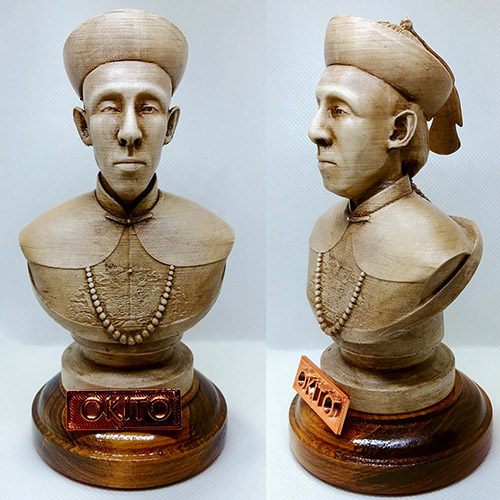 Tobias “Theo” Leendert Bamberg (1875–1963) was a professional magician. Born in the Netherlands, Bamberg performed under the name Okito which is an anagram of Tokio (Tokyo).

His father had been court magician to King William III of the Netherlands, making Okito the sixth generation in a family of outstanding magicians known as the Bamberg Magical Dynasty.

His son was David Bamberg, Fu-Manchú.

This wonderful and exclusive bust is made of sintetic material, painted and mounted over a laquered wooden base.