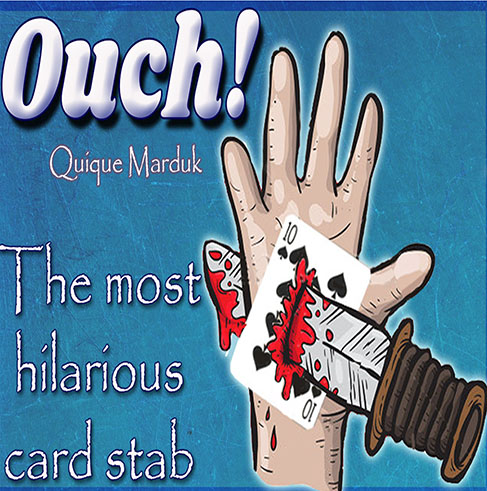 A new and a very visible card and hand stab!
The magician asks a spectator to select a card from the deck, and after showing it to the audience, he returns it to the middle
of the deck.

Taking a knife, the magician explains that he will throw the cards, and in mid-air, he will stab the chosen one with the knife.
The cards are thrown, and “by accident”, the magician stabs the knife in his hand, also going through the chosen card!
The hand can be shown on both sides and the knife, which is stuck in the palm, can clearly be seen to be coming out from
the back. The magician removes the knife, and when showing the stabbed card to be the chosen one, he shows his hand on
both sides without any mark.

You can show your hand both sides, before, during and after the trick.