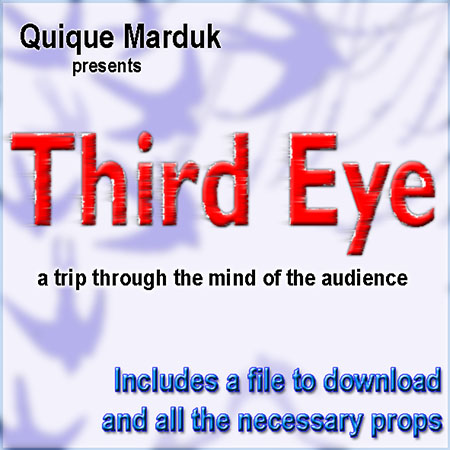 This clever trick is not just an accessory, it´s a whole mental act. You can perform any live or dead test, or any routine using the old “one ahead” principle. The idea was originally created by Tom Sellers and I developed several details that I think improve it fairly well.

The magician shows a little carton box (like those used to carry visit cards) and from it he takes out 6 or 8 cards that he gives to 6 or 8 spectators.

The magician asks them to write anything on the face of the cards. For instance, the name of a Celebrity, any important year of the spectator´s  life, the name of a relative, whatever. Then, another spectator collects all the cards, she shuffles them and places them back face down into the box. Now, the magician close the box and finds out not only what is written on each card but who wrote it too.